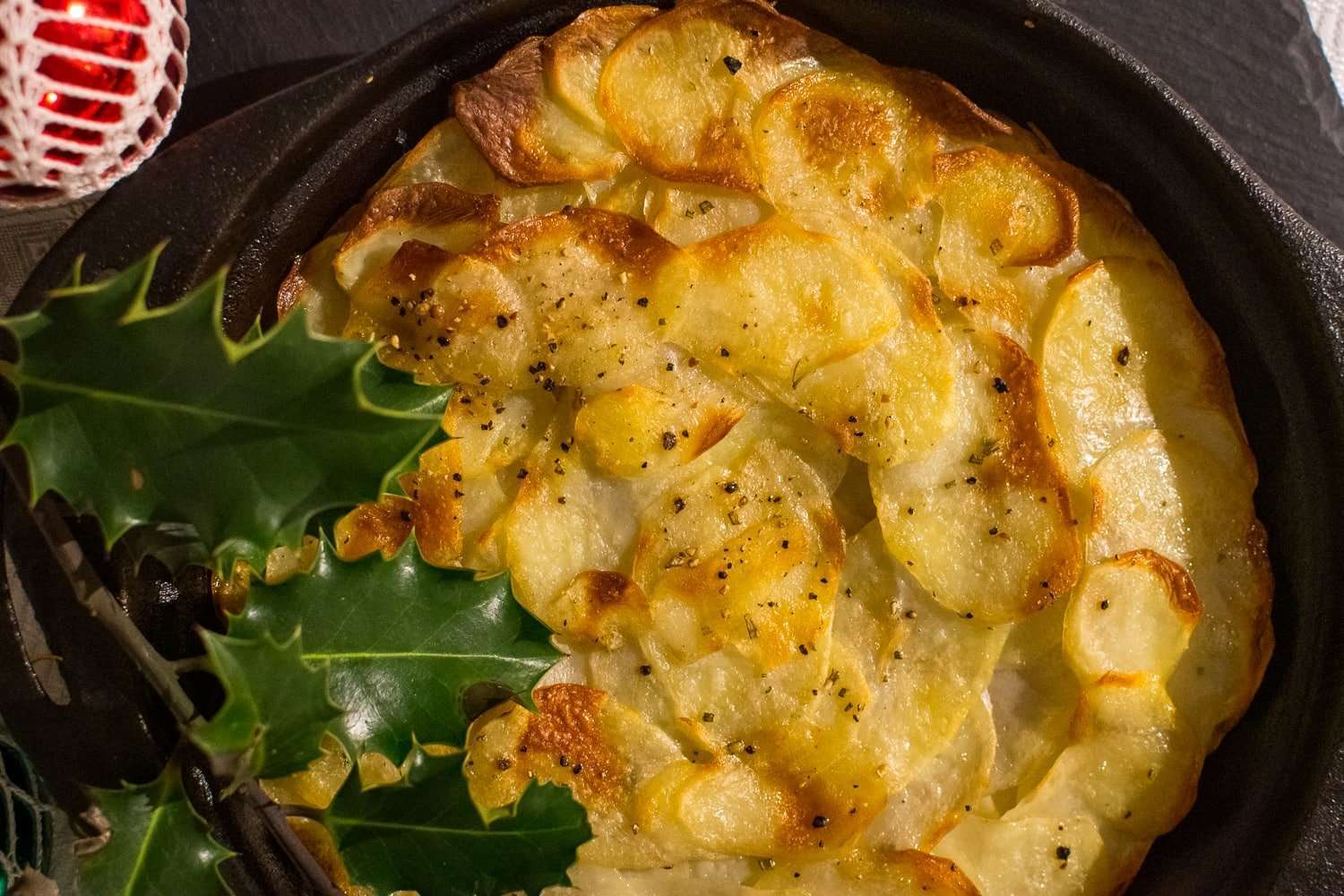 Are you looking for a new exciting potato side for your Christmas dinner? If so, you’re in the right place! We have a Rosemary Scented Christmas Pommes Anna recipe which offers a great alternative if you’re bored of having roast potatoes every year. Bring some elegance and pizzazz to your Christmas dinner plate by layering thinly sliced potatoes and smothering them in rosemary butter!

What is Pommes Anna?

Pommes Anna is a traditional French dish, make by cooking sliced potatoes in a copious amount of butter. Dating back to the 19th century France, it is believed that Pommes Anna was created by a chef in a popular Paris restaurant and named after one of the famous grandes cocottes, called Anna.

To make Pommes Anna, you need floury potatoes. They cook quicker and the texture is more suited for most of the gratins and oven cooked potato dishes. We like using King Edward or Maris Piper potatoes for this.

Having a food processor is helpful if you’re thinly slicing lots of potatoes. But you can easily do this using a sharp knife or a mandolin. However, make sure your potatoes are thin (2-3mm at most), otherwise, they will take much longer to cook, and won’t fully absorb the butter, resulting in a greasy dish.

To make the perfect Christmas Pommes Anna, we use clarified butter. Don’t fret though: it’s simple! Melt the butter. You can do this on a hob in a small saucepan or simply in a microwave. Pour the butter into a small bowl and leave to a minute to settle. A milky foam should form on the top – these are milk solids that you should discard to be left with pure fat. Clarified butter doesn’t burn as easily as normal butter. It’s perfect for getting a crispy bottom that isn’t charred after cooking for a long time.

Finely chop your fresh rosemary and mix into the butter. Then brush your ovenproof pan with 2 tsp of your rosemary butter. Arrange the bottom layer of potatoes neatly overlapping them. Then brush with some butter, making sure you get some of the rosemary that sunk to the bottom. Season with a little salt and pepper. Then layer the potatoes, butter and seasoning again. Repeat until you finish with the potatoes. Make sure to use your butter sparingly between layers, not to run out. But don’t be tempted to add more butter either.

Whilst the oven is preheating to 180°C Fan, place the skillet on the hob and cook on medium heat for about 10 minutes. To prevent the potatoes from sticking to the bottom of the pan, shake it every couple of minutes until you feel/ see your Pommes Anna sliding around slightly.

Cover your potatoes with a piece of foil. Depending on the size of your pan, you may have it very full. If the foil would touch the potatoes when covered, you need to grease the foil too, to make sure the top layer doesn’t stick to it. Place the covered pan in the oven for 20 minutes.

Now, increase the temperature to 200°C Fan. Remove the foil and return potatoes to the oven for another 20-25 minutes. Simply pierce the potatoes with a sharp knife or a skewer to check if they’re cooked. The time they take will depend on the type of potato used, your individual oven, the thickness of your potato slices and the thickness of your Pommes Anna overall.

You can either take the pan to the table as is or if you want to show off the crispy golden brown bottom of your Christmas Pommes Anna, invert them onto a plate. You can then slice it into wedges or, using a large round muffin/scone cutter, cut the circles of lovely layered potatoes and serve directly on the plates.

These make a great Christmas side dish! Buttery, fragrant with rosemary and crispy on both top and bottom! What’s not to like?

If you’re looking for more ideas for Christmas festivities, here are some of our favourites: 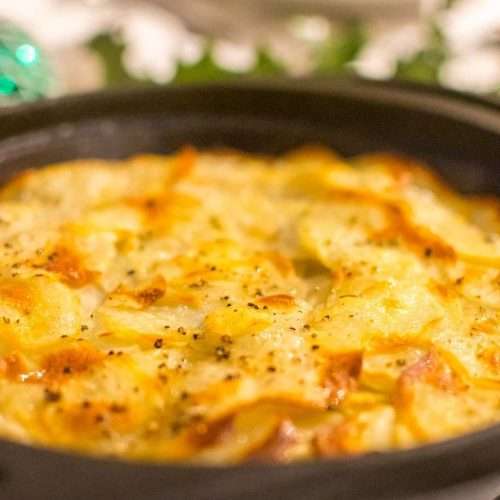 Are you looking for a new exciting potato side for your Christmas dinner? You're in the right place! We have a Rosemary Scented Christmas Pommes Anna recipe that's a great alternative if you're bored of having roast potatoes every year. Bring some elegance and pizzazz to your Christmas dinner plate by layering thinly sliced potatoes and smothering them in rosemary butter!
No ratings yet
Print Recipe Pin Recipe
Prep Time 15 mins
Cook Time 50 mins
Total Time 1 hr 5 mins
Course Side Dish
Cuisine Christmas, French
Servings 4 people 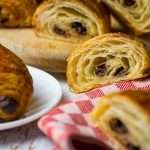 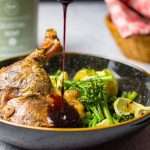 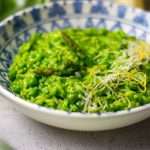