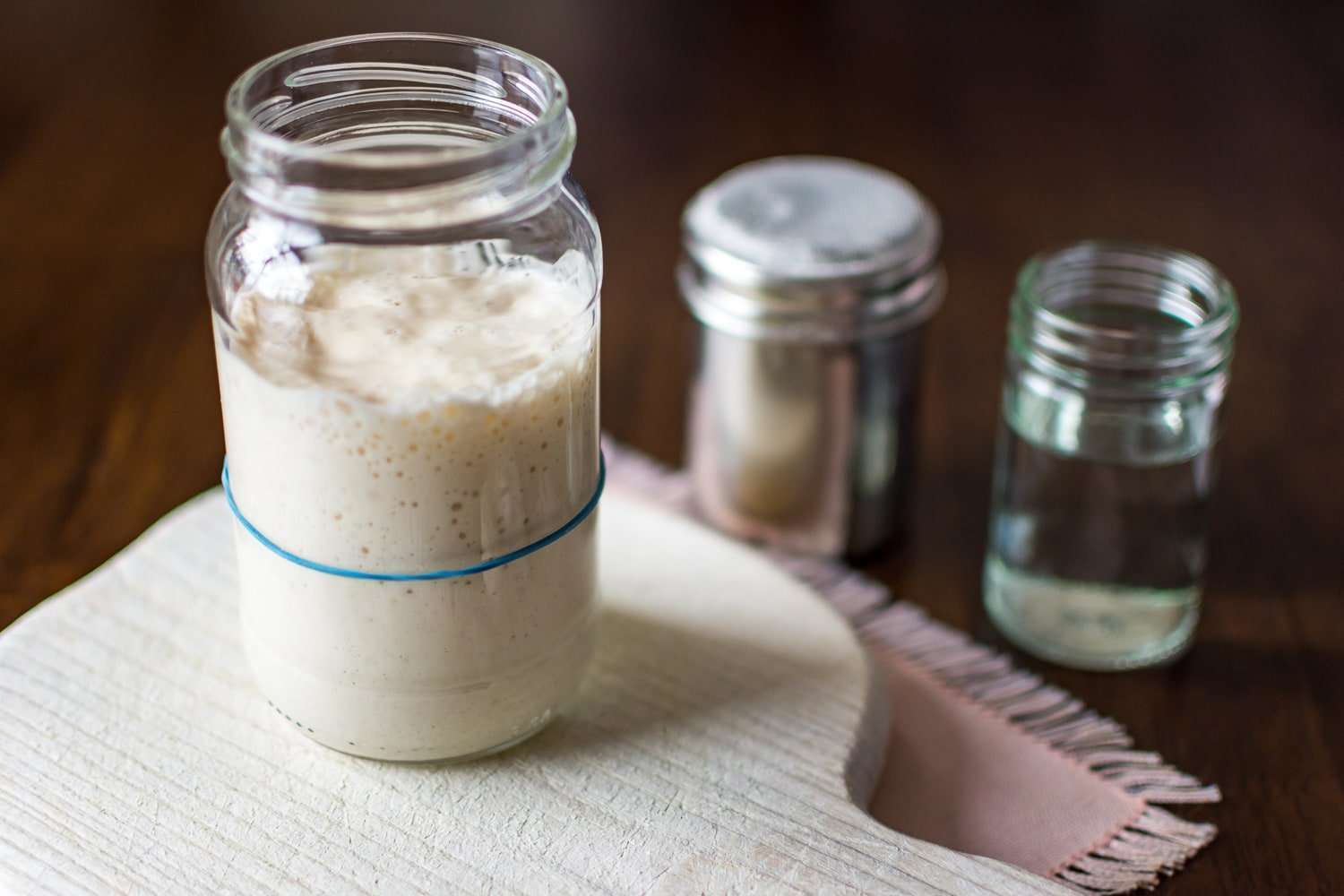 Baking Sourdough is definitely one of the most interesting learning experiences I’ve had in my kitchen! Everyone I know has a different recipe, various methods of kneading, folding and proving! But one thing everyone can agree on is that a healthy active starter is the most fundamental factor that is a sure way to success! In this article, I will talk about my Sourdough Starter Maintenance.

There are so many recipe developers, blog writers and artisan bread bakers out there offering their foolproof sourdough recipes. Let’s be honest, sometimes we follow those recipes to a T and our bread just doesn’t turn out as well as we’d expect. I know it’s tempting to blame the recipe or the creator of the recipe, but the reality is, their recipe works for them. I doubt they’d be sharing it and risking their good reputation otherwise! And their wonderful mouthwatering pictures of their perfect loaves provide proof!

Why is it not working for us then? We all follow recipes and some turn out just fine. Well, sourdough is rather complex and is affected by more than the quantities of ingredients that you use. I had numerous failed loaves before I arrived at the quantities and method that works for me. Having started writing sourdough recipes myself, I found it extremely difficult to specify exact quantities and timings, as there are so many variables.

The best shot at mastering your sourdough bakes is to understand what sourdough actually is and the processes in the starter that makes your bread rise.

If you don’t yet have a sourdough starter, I have a simple 2-ingredient recipe with lots of tips on how to get started. In this section, I am assuming that you already have one going. Making a starter from scratch is only the first step in your sourdough journey. Once it’s active and ready to be used, it will need (at least weekly) maintenance.

Sourdough starter is a collection of bacteria and yeast that feed on flour and water. We all rave about the signature tang of the sourdough bread that makes it so special, and that is exactly what bacteria provides by fermenting the dough. Yeast, on the other hand, makes your sourdough rise, creating a light and airy crumb.

Before you make your bread, it is important to establish if your starter is active. And by active I mean whether the yeast colony in your starter is big and established enough to give your loaves enough rise. The yeast is the slowest to grow. Whilst our starter may look bubbly and airy, it may be due to the gasses released by bacteria and not yeast. This not only applies to newly made starters, but also to the ones that have been neglected and left in the fridge for more than a week without feeding.

Many advise testing your starter by dropping a small piece of sourdough starter into a glass of water. If it floats, they say, it is ready to be used. However, floating starter simply means that the density of your starter is lower than the density of water. It doesn’t necessarily imply that your starter has an established yeast colony. It could be due to all the gasses released by bacteria. Therefore, I suggest testing it by measuring the time it takes to double when fed.

So, to see if the yeast can colonise the added flour and water fast enough before bacteria create too much acid, I feed my 100% hydration starter in the ratio of 1 part starter: 2 parts flour : 2 parts flour. I leave it at room temperature (20-24°C (68-75°F)) and if it doubles (or even triples) within 6 hours, it’s ready to be used! If it takes a lot longer, you may have a starter that is bubbly due to bacteria. This, in turn, may make your dough too acidic (the issues that come with this will be discussed below).

In short, if your starter doesn’t at least double within 6 hours, you will end up with a dense loaf as your yeast colony will not be strong enough to rise your dough. If this is the case for you, don’t worry. You just need to feed the starter in the ratio of 1 part starter : 1 part flour : 1 part water for a couple more days or even twice daily) until yeast colony strengthens.

Once you establish that your starter is active and the yeast colony is strong enough, you can use it for bread-making. However, when you use your starter to build a levain, it is important to use it at its peak. You feed your starter and once it doubles (or triples) your need to use it to mix your dough before it starts deflating. See the video below: it is sped up and has been tracking the sourdough starter movements over 6 hours on a warm summer day. You can clearly see when it reaches its peak, then starts to deflate, and then rises again due to the gas emitted by bacteria.

Issues with Sourdough Starter that is Too Acidic

If your starter has split and formed a layer of liquid on top, it is a clear sign that you need to feed it ASAP. The yeast have run out of food (flour and water) and the bacteria is fermenting your starter too fast, making it too acidic. This normally happens when you keep your starter in the fridge for a couple of weeks without feeding it, or if you leave your starter in an environment that’s too warm.

The acid in the starter is a natural byproduct of bacteria. However, too much of it will cause issues with your sourdough bread. Acidity can weaken gluten in the flour, so much so that you’ll notice your dough to be less elastic and windowpane effect will be nearly impossible to achieve no matter how long you knead your dough for. This, in turn, will mean than once you shape your dough into a ball, it will spread out and will not hold its shape (as if your dough didn’t have enough flour in it). Nobody likes a flat sourdough!

One way to get around this problem is to use less starter when building our levain. If you know you’ve neglected our starter and haven’t fed it in a while, it is likely your starter has become more acidic than it needs to be. You still want to make sure the yeast colony is strong enough to rise your dough (using the time test above).

If you aren’t concerned about your yeast though and simply want to reduce the acidity, there’s a simple way to do so. First, pour off any liquid sitting on top of your starter. Then, to build a levain, you need to give your starter plenty of food, so feed it in the ratio of 1 part starter : 2 parts flour : 2 parts water or even 1:3:3 (as opposed to equal parts of starter, flour and water). This will ensure your yeast has plenty of food to go to on. It will be a slower rise (although should still double within 6 hours), but you will have a sourdough that’s strong and holds its shape.

I generally bake a loaf of sourdough once a week. That’s not often, so I have to make sure I don’t weaken the yeast colony or let my starter go too acidic. Here’s what I do:

When I decide to bake a loaf, I take my starter out of the fridge and take 1/4 of the amount of what I will actually need for my planned bake (if my recipe requires 180g of active starter, I take 45g. I feed the starter in the ratio of 1:2:2 (giving me 225g of levain in my example). Whatever unfed starter remains, I use to make sourdough crackers, pancakes or grissini (some people simply discard it, but I don’t have the heart).

If you bake more often, you could get away with feeding your starter 1:1:1 before fridging it. If you don’t bake regularly, you will want to feed the starter at least once a week to maintain a healthy yeast and bacteria colony.

A Note on the Container for your Sourdough Starter:

What is more, to be able to judge how much your starter has actually risen within 4 or 6 hours, you will ideally have a see-through container (you can then add an elasticated band at the level of where it starts or draw a line with a marker pen). Go for a container that is of even diameter cross the height of it for easier reference to how much it’s rising.

Let me know in the comments if there’re any other issues that you may have with your starter and I will do my best to help. After all, I’m sure I’ve had those issues with my own starter at some point. 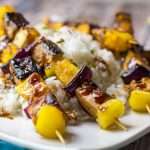 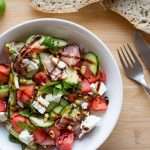 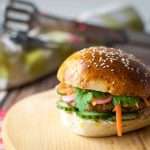 This website uses cookies to improve your experience while you navigate through the website. Out of these, the cookies that are categorized as necessary are stored on your browser as they are essential for the working of basic functionalities of the website. We also use third-party cookies that help us analyze and understand how you use this website. These cookies will be stored in your browser only with your consent. You also have the option to opt-out of these cookies. But opting out of some of these cookies may affect your browsing experience.
Necessary Always Enabled

Any cookies that may not be particularly necessary for the website to function and is used specifically to collect user personal data via analytics, ads, other embedded contents are termed as non-necessary cookies. It is mandatory to procure user consent prior to running these cookies on your website.

SAVE & ACCEPT
Somebody Feed Seb