Our mission is to grow as many vegetables as we possibly can in our raised beds, on our window sills and conservatory that acts as a greenhouse in the summer months. This article is our beginners’ guide for growing vegetables in March in the UK.

Whilst we are beginners ourselves, only having started three years ago, we seem to have found a good routine for growing vegetables in our raised beds, conservatory and window sills and we want to share what we do each month to bring as much home-grown food to our table as possible.

It’s finally spring. Well, almost! Plants are coming back to life, tiny flecks of green are appearing on the branches everywhere and the temperature no longer goes below zero at night (although we did have -1 C three days ago, fingers crossed no more sub-zero temperatures). To us, it only means one thing, we are going to be busy getting started with growing vegetables.

As you probably know, we grow many vegetables in our raised beds in the garden. However, because we live in North Wales, summer doesn’t necessarily mean warm temperatures and certainly means A LOT OF RAIN, which may be bad news for some of the vegetables that we love to eat. So we are converting an area of our conservatory into a greenhouse, and there is no space left on our windowsills. Read on, to see exactly what we do in March and what vegetables we are planting both inside and outside whilst the temperatures are still quite low.

***If you would like to start growing vegetables in raised beds, Seb has put together an article on how he built ours, including suggestions for materials and tools you will need to build them from scratch. ***

Covering the soil can be done as early as January. However, we only ever cover the soil about 2 weeks before we are ready to plant our early crops outdoors: beetroot, carrots, salad leaves etc. Here in North Wales, we cover the soil in the first days of March and then start sowing midway through the month. This year, however, March has been colder than usual, so we are holding back until the end of the month for any outdoor sowing.

In colder and wetter climates specifically, it is advisable to cover the soil in the raised beds before sowing. The reasons are threefold:

Choose a day when there hasn’t been too much rain for 24 hours. The soil will, of course, be moist, but avoid covering it when it’s too wet. Turn over the soil to aerate it, mix in the fertiliser, then cover with plastic film. Make sure to weigh down the sides with some bricks or heavy planks, so that the cover doesn’t blow away in the wind. Leave the soil covered until you are ready to sow.

What to Sow Indoors in March?

Most of our March gardening begins indoors, to later be moved to our conservatory that acts as a greenhouse or simply transferred to our raised beds. There is no space on our window sills at the beginning of spring, as the majority of the vegetables we like to eat aren’t hardy enough to survive Welsh spring 🙂

So here’s what we are planting this year:

To Carry On Growing in the Conservatory/ Indoors:

To Transfer for Growing Outdoors:

What to Sow Outdoors in March?

There are quite a few vegetables that you can sow directly outside if the weather is mild enough. Raised beds are certainly a great solution if you want to start sowing early. Simply warm the soil (see details above), add some fertiliser and start growing outdoors directly from the seed.

Beetroot: one of our favourite things to grow in our raised beds. Beetroot can germinate in relatively low temperatures, therefore is one of the first things we sow outdoors in March. The earlier we sow our beets, the earlier we can harvest and they seem to grow bigger. Our favourite variety is moulin rouge: it’s never failed us!

Carrots: since our raised beds aren’t very high, we opt for royal chantenay carrots that are short and stumpy, but delicious. You can sow the seeds thinly directly outside (you may need to thin them later to allow some space for the carrots to grow).

Spinach: our spinach kept on giving. Note though, that different varieties of spinach tolerate very different temperatures. For sowing in March, we had tremendous success with Emilio variety. This year, we are trying trombone.

Lettuce/ Salad Leaves: Easy to grown and keeps on giving from June throughout the winter. We sow these in March as soon as the temperature doesn’t fall below 0 C at night. Sow thinly and that’s as much care as they will need.

Swiss Chard: a wonderful crop that gets the sunniest spot in our raised beds. Not only can you eat young leaves starting in July, but Swiss chard also overwinters well! As a matter of fact, we had a Swiss Chard Gratin in December in last year!

Onions: So far we have only grown spring onions/ salad onions. Ramrod variety is very hardy, so you don’t need to worry too much about the temperature dropping unexpectedly.

We hope you are inspired to get things growing in your own garden too. We certainly are! We will keep you updated on our progress and a new job list in April! And if you don’t yet have your own raised beds, have at Seb’s tutorial on How To Build Raised Beds from Scratch? 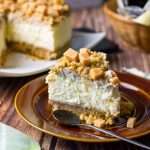 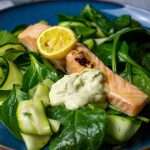 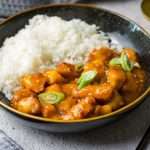