How is it April already? We are carrying on with growing the vegetables on our windowsills, whilst the temperatures are just starting to warm. Some will need to be potted up to provide the plants more space and compost. More varieties of hardy vegetables can now be sown directly outside, whilst others need to be hardened off and acclimatised to be planted out in the later months. We cover all this and more in this article on our Raised Bed Gardening in April.

April is the most deceptive month here in North Wales. I have been sunbathing in the garden in 23C weather just before Easter and last week we had snow and -2C at night. But provided conditions are right, April is one of the busiest months for us in the garden. Last month, at the end of March we planted a bunch of hardy vegetables directly into our raised beds outside, including carrots, beetroot, spring onions and salad leaves (that are already poking out of the ground). Our windowsills are full of small pots, cell trays and propagators with a range of vegetables that need warmer temperatures to germinate. Here’s an article we’ve put together for the jobs to do and things to plant in March.

In April we will be potting most of the vegetables on, transferring the seedlings from small cell trays into larger pots to give the plants more space and nutrients in compost to enjoy. We will also plant more vegetables outside in our raised beds.

***If you would like to start growing vegetables in raised beds, Seb has put together an article on how he built ours, including suggestions for materials and tools you will need to build them from scratch. ***

What to Sow Indoors In April?

To carry on Growing in the Conservatory/ Greenhouse:

Aubergine: Sow the aubergine seeds in cell trays and place in a warm position (ideally a heated propagator). Once the seedlings are through transfer to sunny position and keep on turning the trays to prevent the plants from becoming leggy.

To Transfer Growing Outside:

Courgette: some varieties benefit from being sown indoors first. But we wait for May and plant them directly outside.

Whatever you’ve not planted yet – it’s not too late to start gardening in April. As a matter of fact, it may be the perfect time if you’re in cooler areas of the UK. Here’s an article on everything we’ve done in March if you’re looking to catch up.

Tomatoes: Pot on tomato seedlings, when they develop true leaves above the more rounded seed leaves into 9cm pots. After repotting, start feeding weekly with a weak tomato feed.

Jalapenos: Once the seedlings have grown two true leaves, remove from the propagator to a warm, light, frost-free location. The young seedlings will also benefit from a weak feed at this stage. It may need to wait until May, depending on how warm you kept them in the first place.

Leeks: When large enough to handle, transplant 5cm apart. Keep taking them outside to harden off. At the end of April or the beginning of May when they’re over 12cm tall and hardened off, transfer to raised beds outside.

What to Sow Outdoors Directly in Your Raised Beds in April?

Spinach: Some varieties you may have sowed in March, but if you’re using varieties that aren’t as hardy April is the month to get them planted in your raised beds.

Herbs: Some herbs can be planted outdoors towards the end of April in the UK. They include chives, thyme, oregano, dill and parsley. I hold back on basil and coriander and wait until May to plant them outdoors. In the meantime, I have all the herbs growing on my window sill.

Leeks: If you are sowing leeks directly outdoors, April is the month to do so to give your leeks enough time to fatten up for the autumn harvest.

French Beans: Sow French Beans but only in milder regions. If you are in the North, you may need to wait until May, especially given a rather cold start to spring this year.

Other vegetables that we have successfuly grown from seed in previous years were:

Planting Seedlings started Inside to the Raised Beds:

Kale: We’ve sown our Nero Di Toscana kale in cell trays in the middle of March. Over the month of April we are taking the trays to the garden during the day extending the time seedlings spends outside. By the end of April, our Kale will be fully acclimatised to be planted out. We plant the kale seedlings out into our raised beds when they are about 15cm tall in the last days of April.

That’s it! These are all the gardening jobs we’re doing this April! Other articles that you may be interested in: 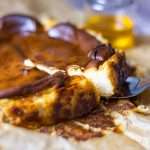 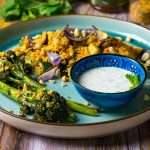 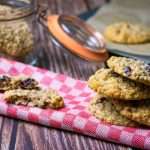